A way of blocking the access (temporarily or permanently, by account or by IP) of a user on your site due to bad behaviour.

User ban extension allows you to ban users on your marketplace, as well as to keep violation records.

The plugin comes along with Developer and Entrepreneur Licenses. For the other licenses, it has to be purchased.

How to install/ activate the plugin?

How to activate user ban?

How can a user be banned? 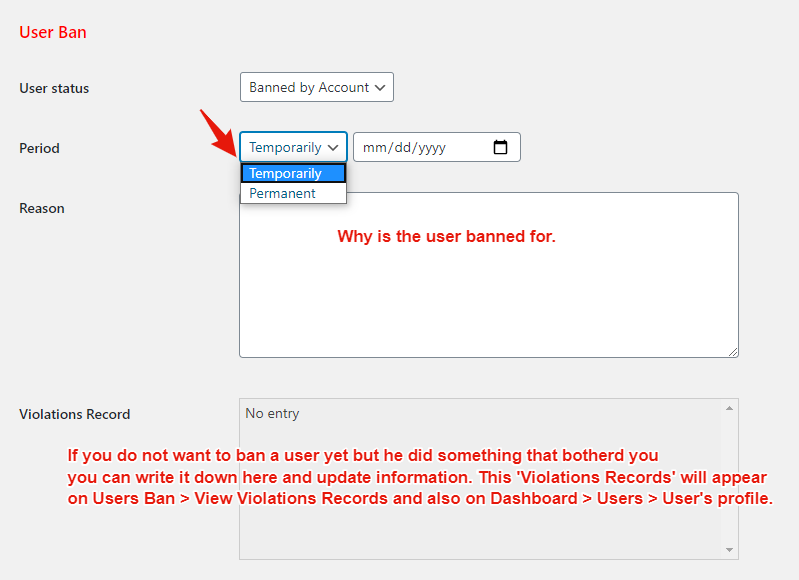 NOTE: If a user has been ‘banned by account’ either temporarily or permanently, he is free to register himself on your site with another account while when being ‘banned by IP’ he is not able to register/ enter your site until the ban expires or he changes his IP.

NOTE: The ‘’Violations Record” field is not Mandatory to complete when banning a user. However, it can also be user without need to ban someone. It can simply be taken into consideration as it were notes where you can write a user’s bad behavior.

When a user is banned, he is redirect to withdrawal page (in case he has some money to withdrawal it) with access only to user settings and withdrawal pages
Besides the above mentioned ways, you can also see banned users in Dashboard > Users > Banned

How to unban a user?

Dashboard > Users > Unban (independently if the ban was temporarily or permanently)

Whenever a user is banned, he receives a mail where is he informed that he has banned (the reason, the kind of ban and until when he is banned). 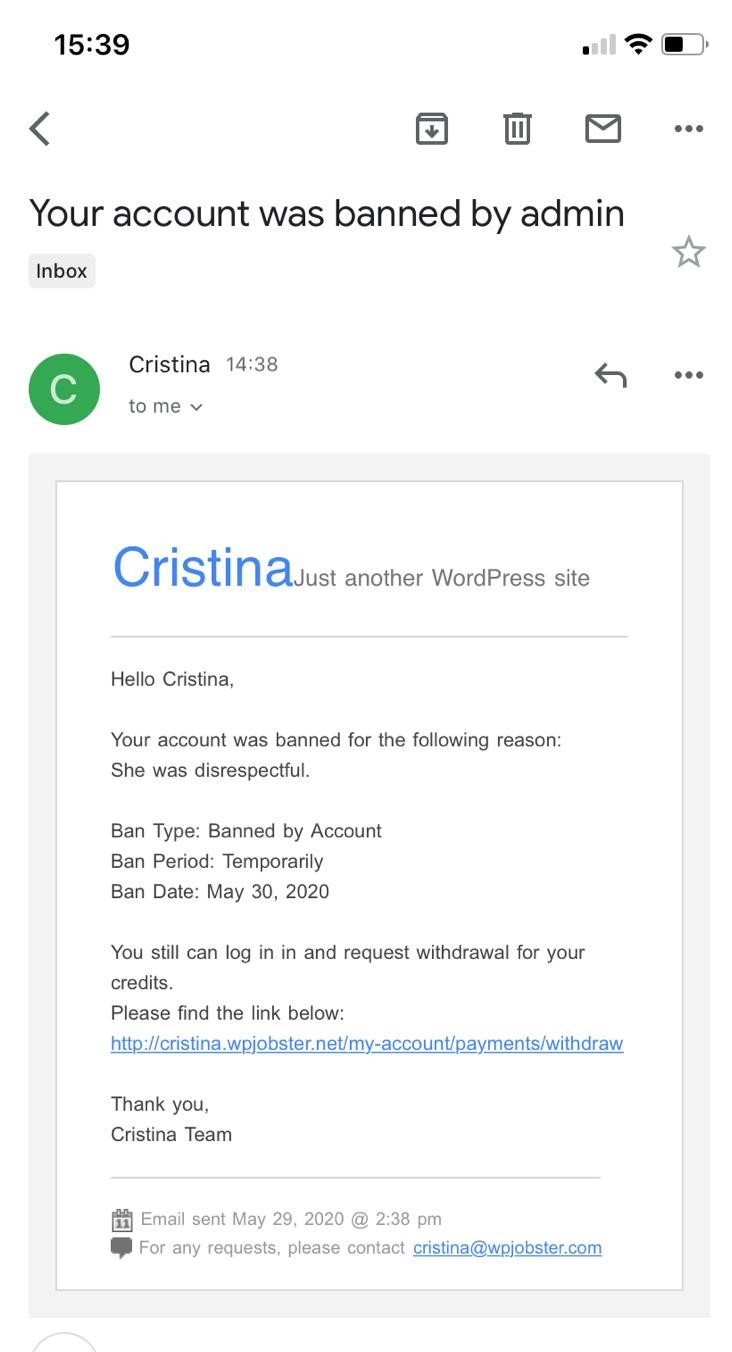 Also, when a user has been unbanned, he receives an e-mail where he is informed of it. 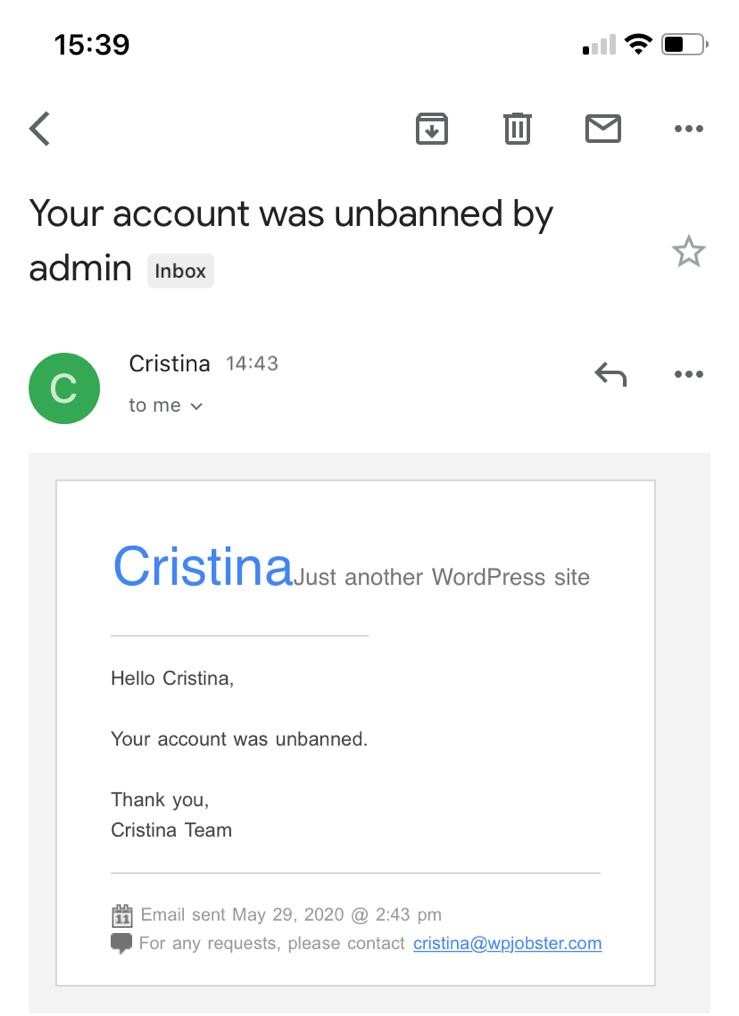